First LP recorded in Dallas, TX on two jamboxes, March 1990.  All my college friends at Penn State were getting into their bands, and I was quite jealous.  I started writing lyrics and I thought they were good, so the next step was to make music.  Thing is, I am pretty tone deaf and too uncoordinated to really play musical instruments.  I did not let that stop me, though.  I went out one Saturday morning around March 1, 1990 and purchased a Yamaha keyboard at Kmart for $76 and a microphone for another $15.  With tax and blank cassette costs, I was up to about $100.  Pens and paper were free from work and I had a couple of spare jamboxes lying around.  I used pots, pans, plates, forks, cardboard tubes and a metal bookshelf for percussion.  For one song I borrowed Peter Oberbreckling's (sp?) guitar -- dropped a dictaphone into the body to snarf the recording while I played it lying on flat on the floor (the way one plays an autoharp or whatever).  Oh, that song used an electric typewriter for percussion.  The record was done by the end of March according to my self-imposed schedule.  I knew that if I stopped for even a day to think about what I was doing, then I would probably give up.  Peter Oberbreckling said, "Don't quit your day job."  I didn't.  Had to save up for law school in the fall!  Farces Wanna Mo was up and running . . . but running where?  and WHY?

This is where Failure Misery & Bee-Reavement was recorded: 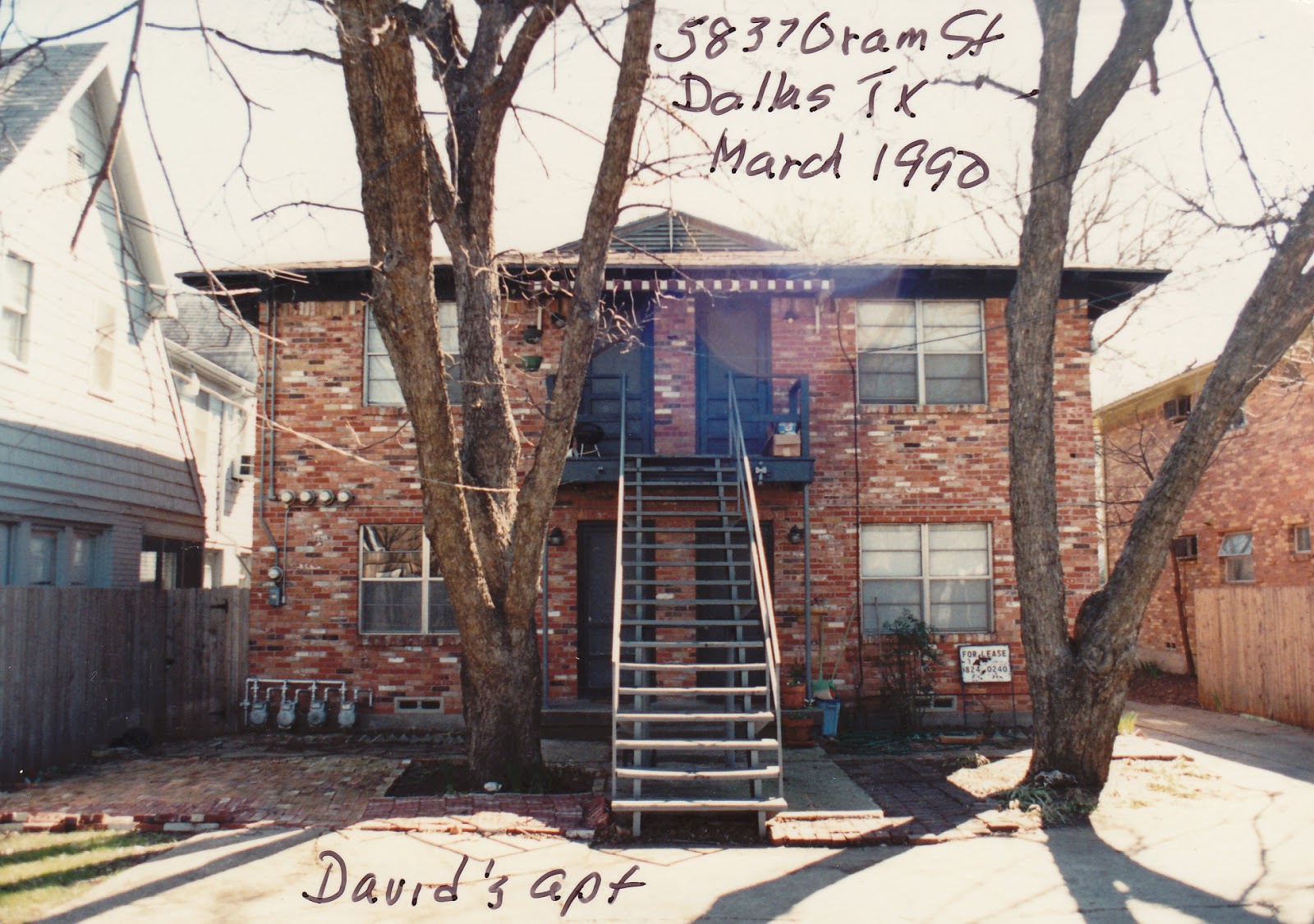 Failure, Misery & Bee-reavement fun fact:  Reverend Horton Heat was living two doors down at the time.  Jim moved away from Dallas soon after, I think.

Dave, at the time of Failure, Misery & Bee-Reavement release: 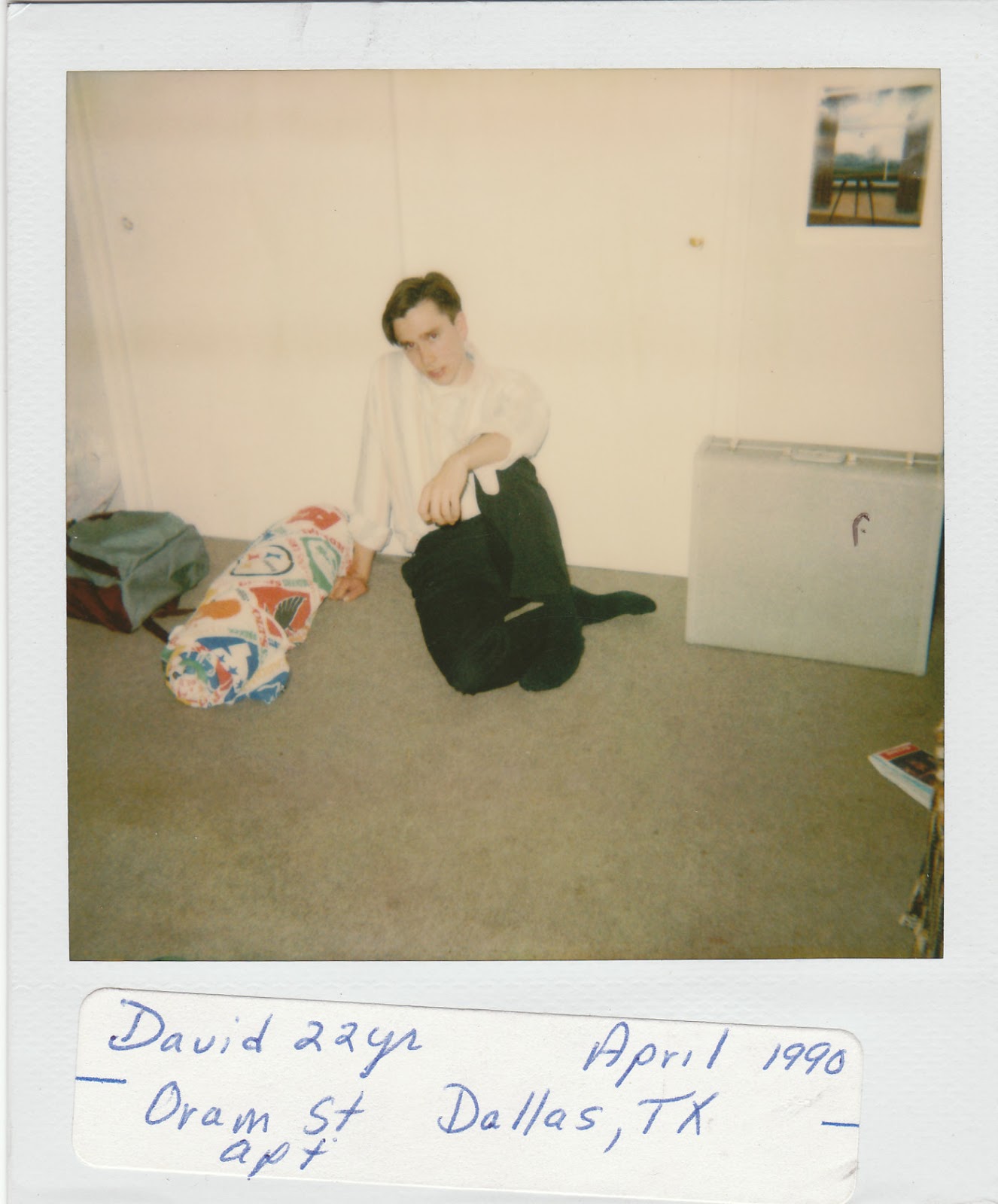